Those Canucks take their welding seriously

Paul,
I know what you're thinking, another early Saturday morning question.
I've been looking at the requirements of obtaining a CWB inspector certification. Am I seeing this correctly? A CWB inspector can apply for a CWI by reciprocity by nothing more than an application and fees. But a CWI who wants to be a CWB, in this case a level 2, would fill out the application, pay fees, and still have to take an exam?
Doesn't strike me as "equivalent" or fair.
Tim C. CWI, CWE
Level II VT, PT, MT, UTT

Tim,
Your assessment is correct.   For a CWB to apply for a CWI it’s just a fee and some paperwork.  For a CWI to apply for a CWB it’s a test.  Those Canucks take their welding seriously.
I was the Quality Manager in a pole manufacturing company that was CWB Certified.  Every 6 months I had to hire a CWB engineer to audit my organization (and it was an in-depth look at our welding).  There were a lot of hoops to jump through, but if we wanted to sell power-line poles in Canada it was a requirement.

I was also a contract CWI for a boss that was Canadian.  Anytime I mentioned my past work as a Welding Engineer he would go ballistic.  Calling yourself a Welding Engineer in Canada means you’ve met specific requirements in education and testing and if you referred to yourself as a Welding Engineer without meeting those requirements you could go to jail.
Some of the things I liked about working in a CWB shop: 1.) Welders had to retake their Welder Qualification Tests every 2 years.  I believe that helped maintain weld quality in our shop. 2.) Welder Qualifications were given using a Bevel Groove.  The first pass was a Fillet Weld of a specific size up against that square edge of the Bevel Groove.  The fillet had to have a restart in it. The location of the restart was marked, and 1 of the 3 required bend coupons had to contain that restart.
One of the things I didn’t like was that they consider FCAW and GMAW with a Metal-Cored wire (MCAW) the same process (for welder qualification purposes).  The Welding Engineer in me (said quietly so as not to be heard across the MN/Canadian border) sees these processes as requiring different skills. 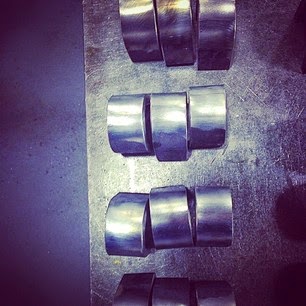 When working in a shop that requires compliance to CWB and AWS this FCAW/MCAW thing reeks havoc.  In fact, when I showed up for my first week at this pole shop I learned that All of the Welders took a FCAW test to get their job, but the shop ran about a 50/50 mix of FCAW and GMAW using Metal-Core.  From a CWB perspective this was no “Biggie”, but from an AWS perspective (which was about 90% of what they did) no Welders were qualified for GMAW (and not one of the 4 CWI’s that worked there seemed concerned).  What a mess!
The way I turned that around was by using the CWB 2yr retesting requirement.  I gave MCAW tests, had them evaluated by the CWB to Canadian standards and evaluated them myself as a CWI to AWS standards.  At 6 month intervals, over a 2 year period, those Welder Qualifications were brought up to speed.
If I was an independent contract CWI I’d probably pursue the CWB route, but if you work in a shop that’s considering bringing in CWB work then CWB/CWI reciprocity is the least of your worries.
PWC
Posted by Paul W Cameron - AWS/CWI at 5:54 AM

Just a side note from your friendly neighbourhood Canadian inspector.... FCAW and MCAW can be used with the same qualification, GMAW is a completely separate qualification. If welders are seen running GMAW with a FCAW/MCAW ticket during an audit, I assure you that all hell breaks loose!

I too admire the CWB for many things. The test assembly you posted is most excellent, although it's interesting that a 3/8" coupon will qualify for unlimited thickness.

I'm also impressed that the CWB came out in W47 a year or so ago and stated that GMAWP is a prequalified process. Something the AWS refuses to make clear.